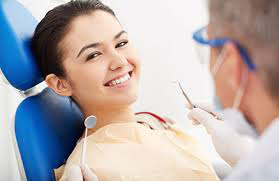 Dr. Christopher Kuranko graduated from Creighton University School of Dentistry in 2001.   After receiving his DDS, Dr. Kuranko worked at Community Health Centers for eight years where he treated the underserved and uninsured populations of Arizona and Nevada.  Dr. Kuranko also provided dental services for Childhaven, the foster care program in Las Vegas.  In 2010, Dr. Kuranko entered private practice working as an associate, and in 2013 realized his dream of buying a practice, Healthy Smiles Dental.

Dr. Kuranko grew up an Air Force “military brat”.  He moved to Spain when he was five and lived there until he finished high school.  He completed his undergraduate schooling at UNLV, graduating with a BS in Biology in 1995.  Before going to dental school, Dr. Kuranko worked as an organic chemist for Lockheed Martin.

Get your Dental Appointment Online